Warning: Cannot modify header information - headers already sent by (output started at /home/customer/www/ifaorishaunveiled.com/public_html/wp-config.php:66) in /home/customer/www/ifaorishaunveiled.com/public_html/wp-content/plugins/sg-cachepress/core/Supercacher/Supercacher_Helper.php on line 41
 THE IMPORTANCE OF MUSIC AND DANCE IN SPIRITUALITY AND TRADITION – Ifá Orisha Unveiled

Music is a language all on its own, There is something that happens to the spirit when music is played. Music has the power to take over, to control a person and bring them to a different dimension. As a child on a Sunday evening in Jamaica where I was born, my father would put his stereo on the front veranda and get his crate of Lp’s and 45’s out and play music. I remember dancing along with the grown ups, happy at the sounds my little ears were hearing. This memory always brings a smile to my face, for me, those were happy days. We lived beside a gambling yard which would keep dances every weekends, so music would “thump dung” the place, reggae music, being drum and base and also there were huge sound boxes all strung up, so powerful, one could loose their hearing standing too close. As children we would see daddy grab mommy and dance with her, it tickled us to see this, music and dancing brought us to a happy place.

When I began to develop into who I was to become it was music which brought me there. I am referring to my awakening, which opened the way for my spirituality to come through and would further lead me to Africa for initiation. Music was what the ancestors used to open up my “audient”, my spiritual hearing. With every celebration religious or other wise, music is important, it stirs the pot. It is the gate opener as well as the closer.

In African Traditional Religions (ATR), Ifa-Orisha  practice, when the Babalawo’s are performing sacrifices, the have to chant the Odu they are appeasing. However, when doing so, the chant is done in a sing song way, sounding as if they are singing. Most often, while the ebo (sacrifice) is being done, it is done in  a call and response order. Listen to my husband and his awo’s below as he performs ebo. Here you will hear the music in his chants and also in the response of the students. This is not only chanting the Odu which is being propitiated, but in a way, coaxing the energies into accepting all that is being given. Watch and listen closely as he not only chants and awos respond, but he also uses the Iroke and knocks the opon Ifa try to his left, this is an act of invocation, but here the Iroke and the opon Ifa tray acts as instruments, (my observation and interpretation).

Of course drumming, singing and dancing is key and very important in the celebration and veneration of the Orishas, but even without the drums, or the voices of the oloorishas, when a Babalawo performs sacrifices and chants verses of Ifa, he will chant it in such a way that it sounds as if he is singing, and he will even sing, as you have heard in the video above. This is not for the entertainment of any observers around or even him the Babalawo, all these things are done to aid with the acceptance of the sacrifice which is being given. This is the ritualistic way, the Odu and the Orishas must be propitiated.

Music is a high spiritual connection, it connects humans beings to the earth and to nature. It connects and strengthens the bond a mother has to her child (lullaby’s). Music forms cohesive relationships among people, making a bond between an artist and fans who have never even met. If you think about how music makes you feel, no matter the mood you are in, then you will realize its importance. There is, especially for the African and for the Africans unconscious (we in the diaspora) something with the drum, that calls out to our core being.

Something which seems to stir us alive at hearing the drum beat.What is music, what is sound? It is language, it is energy, and when we drum or sing, when we play instruments, when we make music, we are sending this power, this energy out to the Universe, out into the external world. How we respond the music, to sound, especially drumming, tells us that we are apart of, and connected to a world unseen but that which communicates to us through music.

Everything is energy. Human beings are energy, the whole world pulsates, vibrates, the earth is alive and well. Time and Space is indeed a reality. There are portals, vortexes, dimensions, beings of light and beings of darkness, and they all respond to music. Have you ever gotten up in the mornings and listened to the birds outside your window as he chirps a melodious tune? Or gone to the ocean, when no one is there, to sit silently, and listen to the patterns or the rush of the waves. Or when the wind blows, and if you’re keen enough, you will hear it’s own melody. Even nature sings it’s own songs and communicate to each other through songs. If we are wise enough and listen, we, too can also enjoy natures music, natures songs.

Like water, music must be present in all celebrations, spiritual and traditional. This world operates off chaos, and even in chaos you find rhythm. Which is one of the Universal laws.

Even in church, Christians, sings and even work themselves up to a frenzy and become possessed, often times speaking in unknown tongues. When this is done, the music which has such a high vibration, has allowed them, often times through repetition (singing the songs over and over again, especially if it is a spiritual church) to tap into their higher consciousness and therefore, they begin to operate (spiritually) from another world. There in church are their bodies, but their minds is tapped into another frequency, beyond the world where they reside, somewhere only sound can travel to. Music, sound, dance, does this and quite quickly.

While in Africa last year, my husband (the Babalawo in the video above) was performing sacrifice to the Odu Ogbe -Osa (Ogbe-sa). The sacrifice given was that of a ram, Ogbe-Sa loves ram (male sheep). The sacrifice was lengthy, and as usual many of his students were there (they have to be, this is all apart of their learning), responding to his chants as you heard in the above video. When they had almost finished, something happened that I had never witnessed before.

By now the animal had been sacrificed and the blood given to Ogbe -Sa (sitting in his pot). The animals head was on the ground before Ogbe-Sa. Upon my husbands instructions, each of the awo’s there, had to get up and in single file, pick the head of the animal, holding it in both his hands (hands clasped together, the head seated in the middle) and with back bent, each would sing  (all would join in the singing) and dance, moving their feet from side to side with the head of the animal in hand while swinging it from side to side. All the Awo’s did this, (one at a time) and the last one to do it was my husband. He told me if this part of the ritual was not done to Ogbe-Sa, the sacrifice would not be complete. I will come back to this post and load that video for you all to see, as soon as I find it).

It was there that I realized that there were special dances and songs which Ifa dictated to be performed to specific Odu’s. It made me realize that training were extremely important, because some of the Awo’s who were there, had forgotten this part of the ritual and I ( it secretly tickled me) heard my husband speak harshly to them, reprimanding them for forgetting, for not remembering that this had to be done to complete the sacrifice to Ogbe-Sa. I love watching students learn, as I am a student myself. It tickled me, because I saw my husband in his role as teacher and it slightly reminded me of the Monks and the students in the Karate film, the 36 chambers of Shoalin. Master and Students, but I digress.

This site is new, and so I will revisit this topic another time and really go into it as the site grows, it is a very deep topic, especially in relation to Ifa Orisha, as more is to be expressed which explains our ritual practices on a deeper level, as everything in our spiritual life revolves around music. It is the call of the deities, it is what they respond to.

Sure as salt is the star of any soup, because no matter  how boastful the soup, it is surly the salt that stars the show, so is music the gatekeeper for spirits and it brings comfort and happiness to human beings. It is what calls them to come quickly, what invokes them to assist. The drummer is lost as he plays his drums. If you watch him after a while, when he beats the drums, you can see that while his body is there, he has gone off somewhere, and in Nigeria, if you are deep enough as some Babalawos, I have seen my husband do this many times, as the drums beats, he tells exactly what the drum is saying, it speaks, it heals, it wards off, the drum itself is a deity and it serves us in so many ways.

When I initiated Osun, that evening as I pulled up to the woman who would become my God mother’s compound, it was the drum that met me, and along with it came voices of woman singing and also dancing. As I walked into what would be a life changing moment in time for me. It was the singing and dancing that helped elevate me, but also comforted me. That night as I slept before the shrine of Osun, exhausted from all of what had occurred, the first night of initiation, I heard the drums, the music I had danced to earlier. I saw myself, (in what must have been a dream, for I was sleeping) dancing along with all of the oloorishas and others. As I slept the connection which had been made from the moment I arrived, continued until I left days after, it was through the music.

Several years ago, things were a little tough financially for my enemy (I will refer to myself as my enemy when writing or saying anything negative, remember, word, sound power!). I prayed for things to change. I had a dream of a very black man, with bare upper torso, he came into my vision and almost shouted at me to play drums for my Orishas in my house. I was not doing it, and he came to remind me that Orisha needed music. I did as was told, and things changed rapidly for the better. It would be good for you to listen watch the video below, because in the middle he stops playing and gives a small lecture on drums and on music.

[We tend to belittle what we can’ t have] 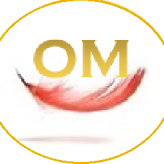 BE PATIENT AND LEARN

THE SIGNIFICANCE OF NUMBERS